Olé Football Academy’s very own Maya Hahn has been named the Golden Ball winner in the OFC U-16 Women’s Championships as New Zealand claimed their fourth title, and their tickets to the FIFA U-17 Women’s World Cup Uruguay 2018.

The defending champions lived up to their billing as pre-tournament favourites throughout the championship with comfortable wins in pool play and in their semi-final against the Cook Islands before turning it on in the final, defeating New Caledonia 6-0 at the J.S. Blatter Football Complex in Apia, Samoa. The win maintained New Zealand’s perfect record of featuring in each edition of the FIFA U-17 Women’s World Cup since hosting the first event back in 2008. 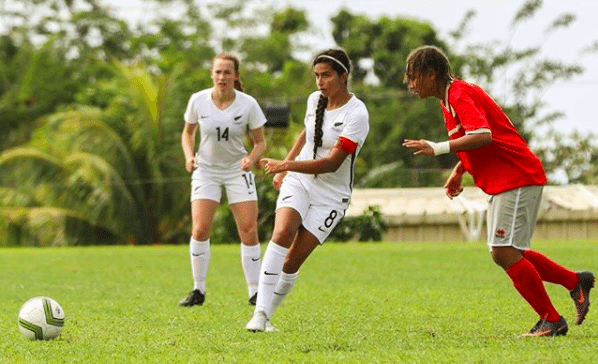 New Zealand are the first team to qualify for the 2018 FIFA U-17 World Cup, apart from host nation Uruguay.  The competition will be held from 20 November to 13 December 2018.

Maya Hahn has also committed to the University of Oregon, joining up with the Ducks in 2019. The Ducks compete at the NCAA Division I level as a member of the Pac-12 Conference. Our 2017/2018 Summer Programme is about to start, click here for more details.